Preston Park Museum and Grounds has received a National Lottery grant of £8,800 from the Heritage Lottery Fund (HLF) for a fascinating project in Stockton-on-Tees. 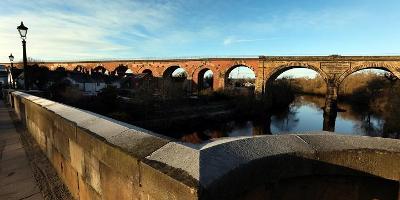 'A Winter Skirmish: the Battle of Yarm, 1643' will commemorate the 375th Anniversary of the Battle of Yarm, an engagement that took place on between Royalist and Parliamentarian forces for the one of the key crossings over the River Tees. The anniversary falls on Thursday 1 February 2018.

At the core of this project will be an exhibition at Preston Park Museum and Grounds, on display from Tuesday 23 January - Sunday 11 March 2018, which will include objects from the museum's significant collections of arms and armour.

The exhibition will sit at the centre of a wider engagement programme including school workshops, new learning resources and a lively programme of talks, guided walks, re-enactments and fascinating family activities, which will appeal to a wide range of visitors.

The Museum is extremely grateful for the support of its project partner, Tees Archaeology, and the assistance of The Battlefields Trust with this project; their expertise and enthusiasm will greatly contribute to the formal and informal learning activities and the development of the displays.

Volunteers will have a key part to play in this project and will have the opportunity to develop their skills, through involvement in research and creating elements of the exhibition's displays.

Commenting on the award, Stockton-On-Tees Borough Council's Cabinet Member for Arts, Leisure and Culture, Councillor Norma Wilburn, said: "We are thrilled to have received this award from the HLF, thanks to National Lottery players.

"This project will highlight the important of this local skirmish and other regional battles for the Tees' river crossings during the English Civil Wars and will encourage a wide range of people to engage with and better understand local heritage, having an opportunity to learn about the conflict which it commemorates."

Ivor Crowther, Head of HLF North East, said: "Thanks to money raised by National Lottery players. We're pleased to support this project which will provide a fantastic opportunity for volunteers and people of all ages to commemorate the Anniversary of the Battle of Yarm and explore the impact and legacy it had for their community."