More than 100 drivers were caught speeding in Ingleby Barwick in a crackdown last month - with one clocked at 94mph in a 50mph zone. 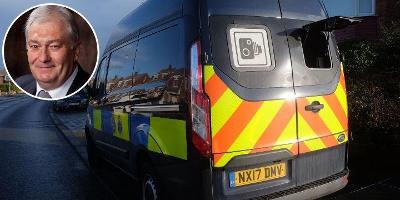 The speeding crackdown, led by Stockton-on-Tees Borough Council in partnership with Cleveland Police, was sparked by intelligence showing a number of drivers were exceeding limits in the town.

The week-long campaign of enforcement focussed on speeding hotspots based on the intelligence and complaints from members of the public.

How many people were caught speeding and where?

102 drivers triggered the police's speed cameras throughout the week.

One vehicle was caught travelling at 94mph on Queen Elizabeth Way, which carries a speed limit of 50mph.

The significant areas of regularly recorded speeding were:

What will happen to those who flouted the law?

Cleveland Police are taking action against individuals who have been caught travelling at excessive speeds.

The minimum penalty for speeding is a £100 fine and 3 penalty points added to your licence.

You can be disqualified from driving if you build up 12 or more penalty points within 3 years.

What do councillors think about the campaign?

Councillor Mike Smith, Stockton-on-Tees Borough Council's Cabinet Member for Environment and Transport, said: "The vast majority of drivers adhered to the speed limits though there were truly outrageous exceptions - most notably the driver clocked at 94mph in a 50mph zone.

"Beyond that there were unfortunately a number of speeding offences detected on Ingleby Barwick's built-up roads, including near schools, and that's something residents tell us they are particularly worried about.

"I'd like to thank Cleveland Police for working with us on this campaign and I'm pleased that they are taking action against those caught flouting the law so flagrantly.

"Together we're sending out the message that there are consequences for your actions."

How do the police feel the campaign went and what's next?

A spokesperson for Cleveland Police said: "We're committed to road safety and this is just another example of how we work with residents and local authorities to target areas of concern.

"This is all about trying to bring people's speed down and reduce the number of potential casualties and fatal collisions that sadly do happen.

"We will continue to gather intelligence about speeding across the force area, target our enforcement where appropriate and take action against those breaking the law.

"Cleveland Police remain resolute in their approach to reducing serious and fatal collisions."